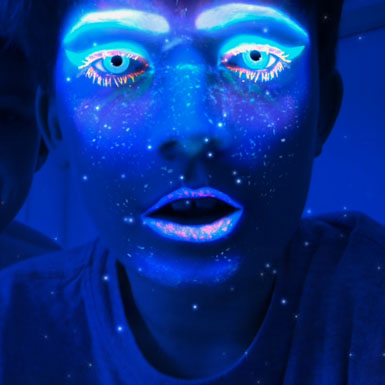 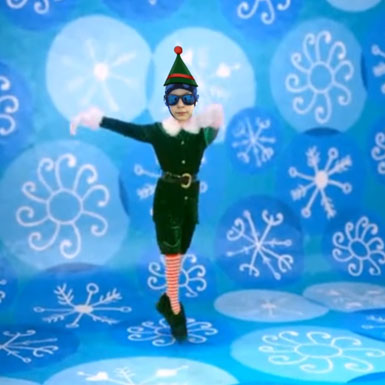 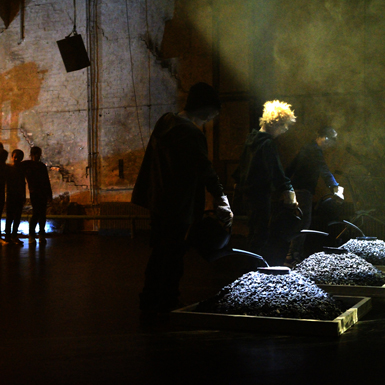 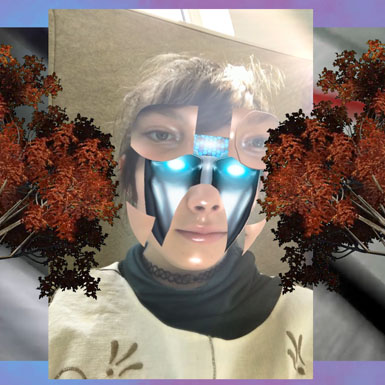 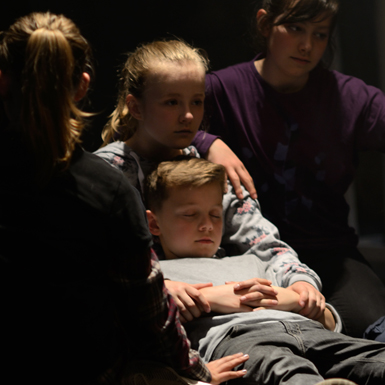 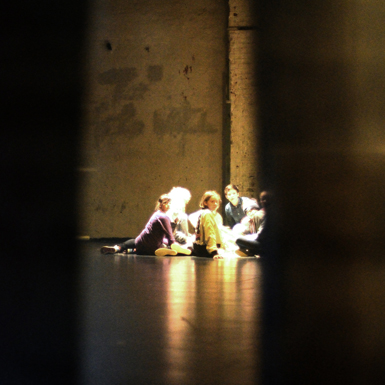 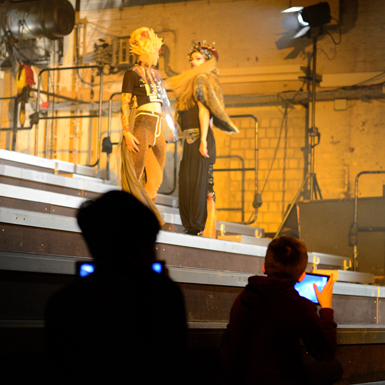 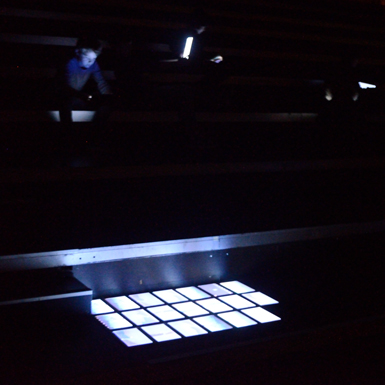 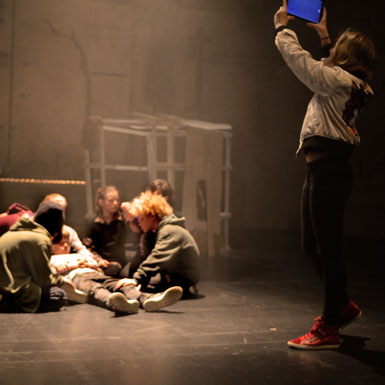 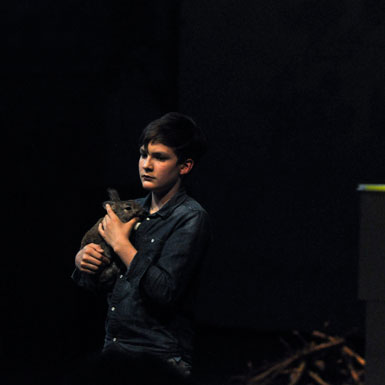 Nine children inside a fictional landscape: Set into the post-digital age, they try to survive on their own on the ruins of a fallen civilization. They’ve built themselves a shelter of branches and findings and cling to tablet computers, where images and games of the past are preserved. The shimmering of the digital surfaces reflects on their eyes and the constant chatter and noise lulls them to sleep. And while they are still dreaming, they are visited by their former heroes.

The team led by Barbara Schmidt-Rohr and her young performers are taking the audience into a ritualistic performance, which deals with what concern the kids: the endless flow of images of violence and crisis, and the desire for a more unscathed world. EYES WIDE OPEN addresses an adult audience, that will take part in a situation that negotiates with intimacy, distance and a constant dialog between real and virtual images.